Ron Mueck, In Bed (2005).  Wikipedia.  The woman's gesture is close to that of the Blessed Virgin in Fra Angelico below.  There is an echoing tag in the Latin poet Propertius (4.7.89): nocte vagae ferimur.  In mind at least. 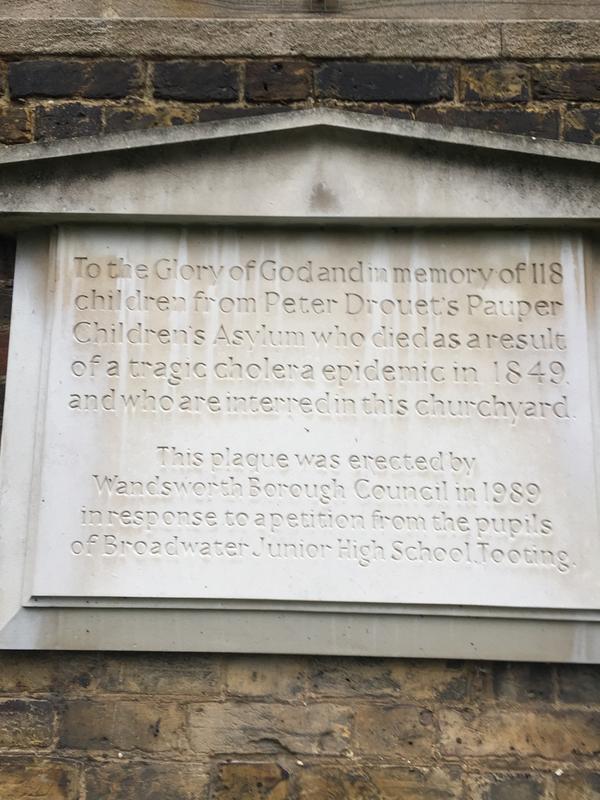 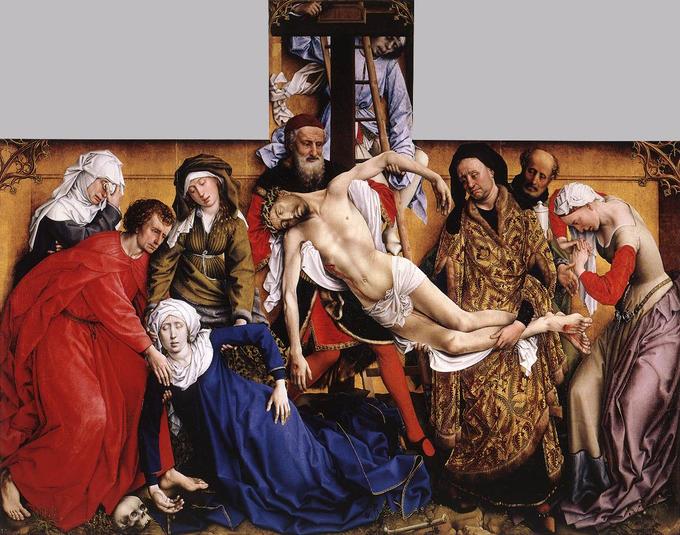 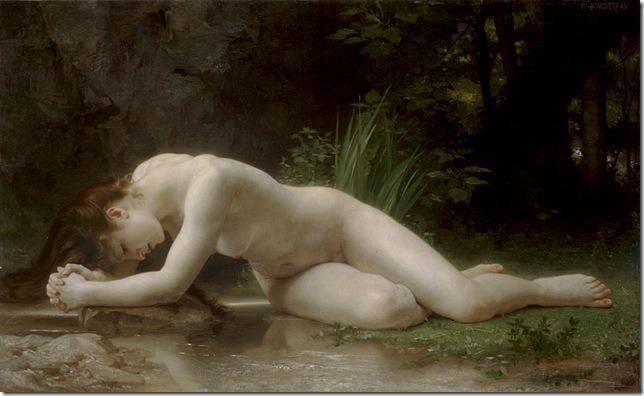 This is from a Greek funerary stele.  The man seated in what looks like the melancholy posture is the person being commemorated, Democleides, son of Demetrius (4th century CE, National Museum of Athens).  This hoplite soldier, seated at the stern of a ship with his shield and helmet behind him, is said to have been killed in the sea at the battle of Corinth.  The marble relief has Democleides is grieving over his own death.  It appears that grieving, when depicted in this passive manner, can easily be confused with melancholy. 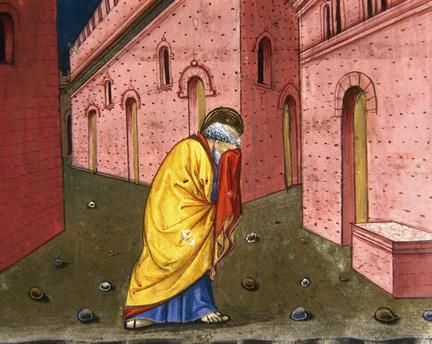 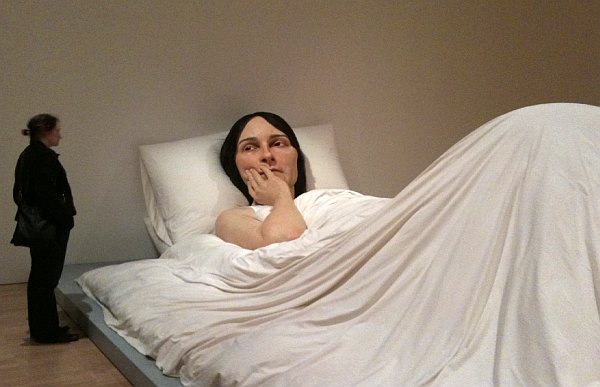 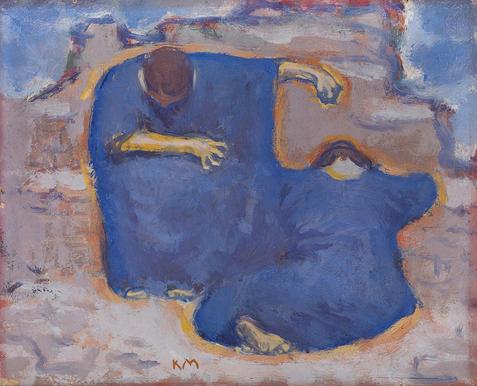 Grief in elephants?  "Here, in the late afternoon of October 12, 2003, elephants from the so-called Biblical Towns family (left) allow Eleanor's six-month-old female calf to remain with her mother's body, even though they have pushed away all other members of Eleanor's First Ladies family. The calf died within three months, despite her attempts to nurse from other lactating females in her family."  National Geographic, Thursday October 28, 2010.  Photo: Shivaji Bhalla [see also The Economist​, December 19, 2015: "Animals think, therefore..."]

The visual material of these few pages applies the "fair use" rationale adopted by WikiArt.org.  Each art work conforms to the following:

Copyright terms are based on authors' deaths according to U.S. Copyright Law, that is 70 years.

The images to follow are arranged chronologically (from the most recent to the oldest).  This page is searchable (Command/Control+F). An underscored word or phrase indicates a link to a prose commentary.  The theme was suggested to me by Professor Suanne Kelman.  The posture of grieving sometimes echoes that of melancholy.  The posture for grief, however, is most often a two handed one.

For the third time St Peter denies knowing Christ.  Grief rather than shame is his reaction in this Giorgio- de-Chirico- like version.   Codex of Predis (1476). Royal Library. Turin. Italy.  One or both hands raised to the eyes is a common gesture associated with grief as you can see in the very next painting. 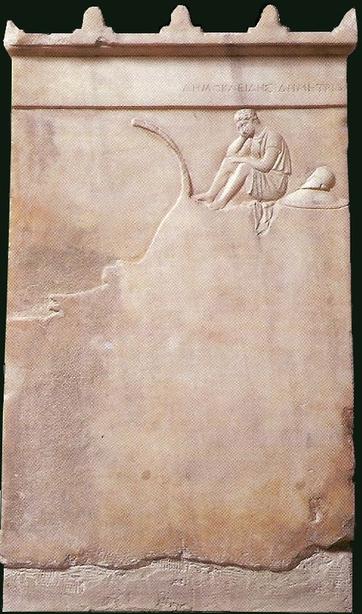 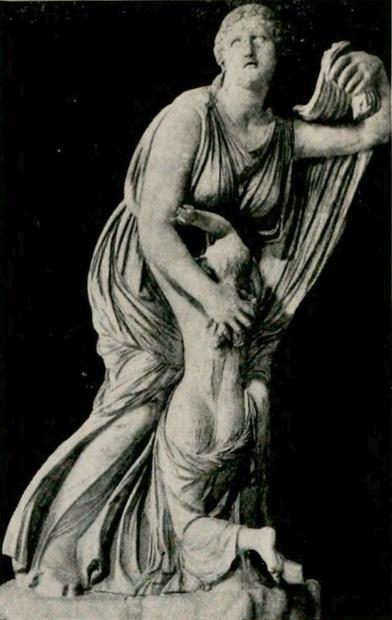 "Young girl pictured on a lectus as if asleep on the frontal relief of her sarcophagus, richly carved in Carrera marble. Beneath the couch lie her sandals and a pet dog; children, possibly siblings, lean on the couch in gestures of grieving. On the left, her mother sits on a solium with her palla pulled over her head in traditional gesture of mourning; on the right sits her father on a folding chair, similarly draped, with mourners around them both. Roman, 160-180 CE. London: British Museum."

The mourning gesture is that of melancholia.  Compare Democleides below. 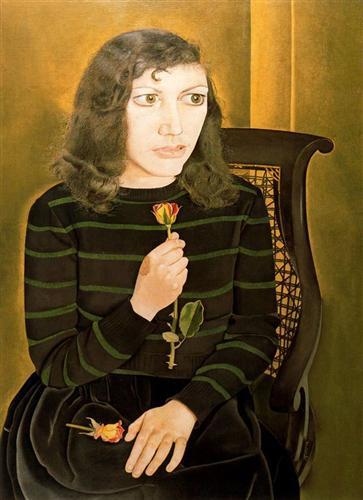 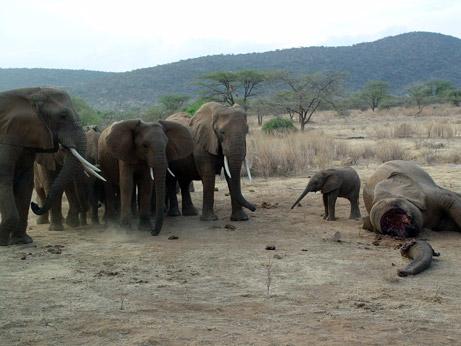 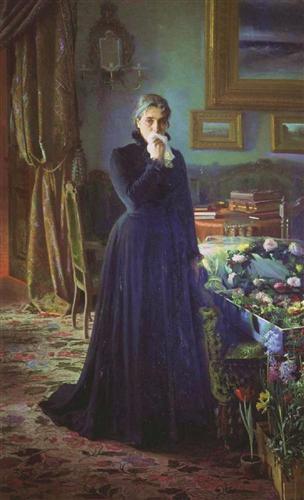 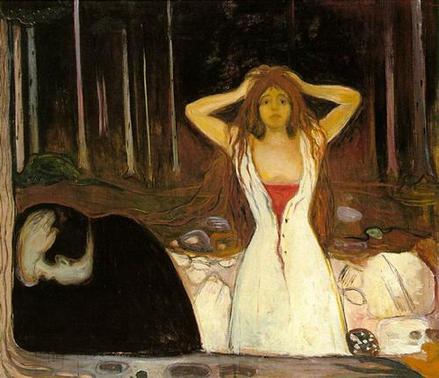 Caravaggio, ​The Death of the Virgin​, 1605-6, Louvre Museum, Wikimedia Commons.

William-Adolphe Bouguereau, Biblis​, c.1884, private collection.  Wikiart.org.  (Byblis, daughter of Miletus, founder of the city in Turkey, fell in love with her twin brother Caunus. He fled from her, she pursued.  She wept so copiously from grief that the nymphs metamorphed her into a fountain - Ovid, Metamorphoses 9.454-665 tells the story) 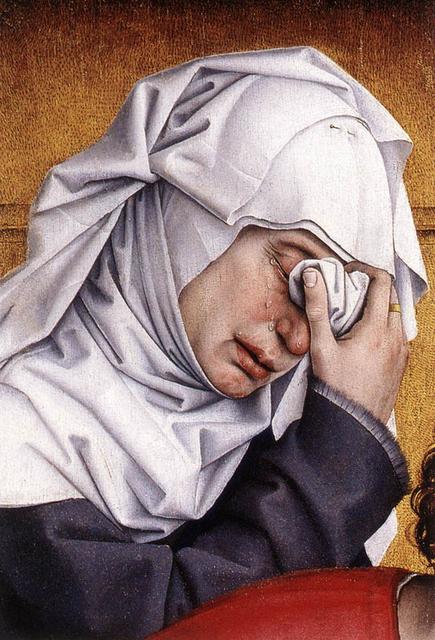 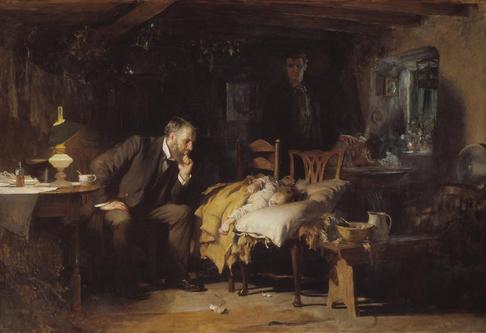 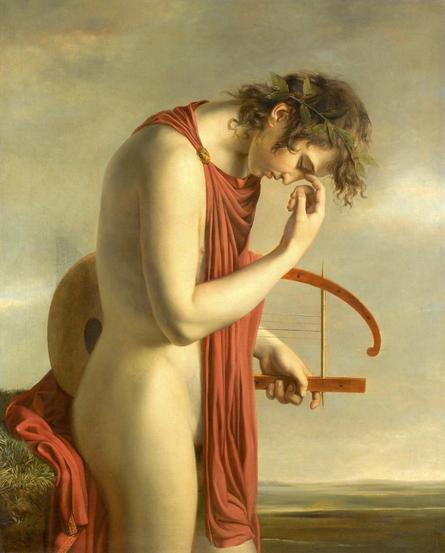 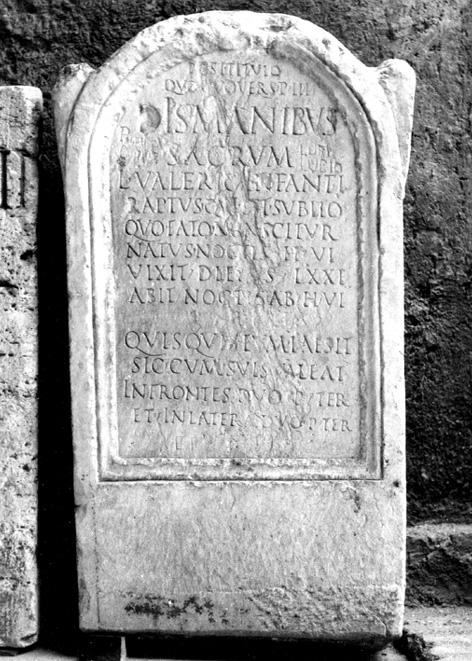 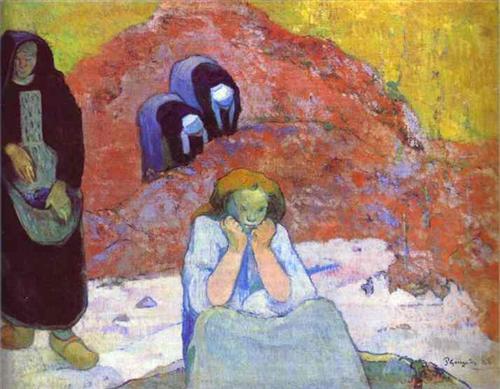 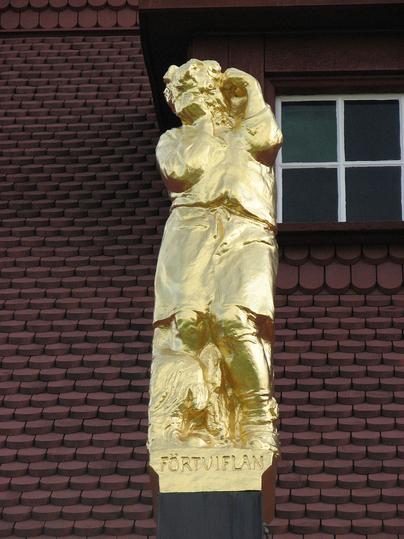 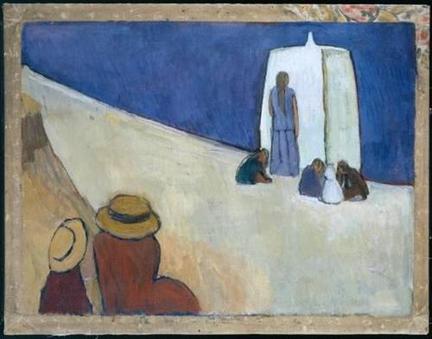 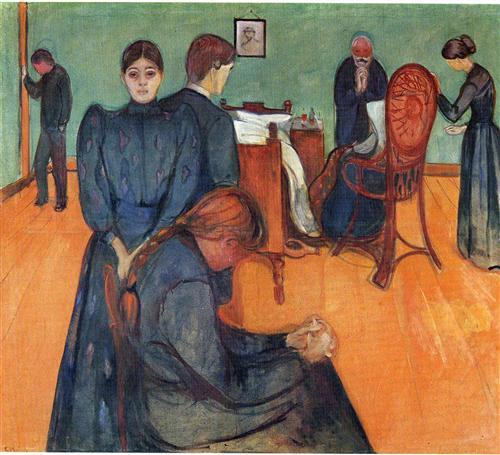 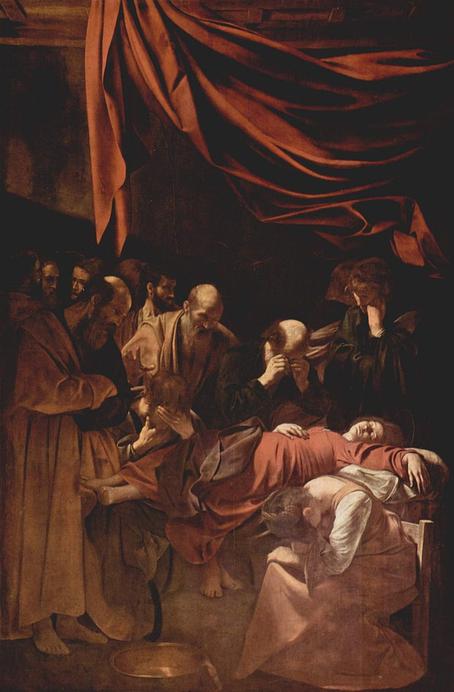 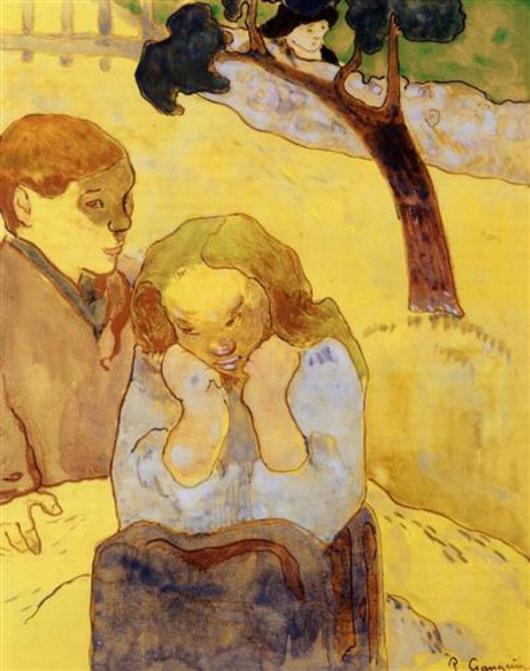 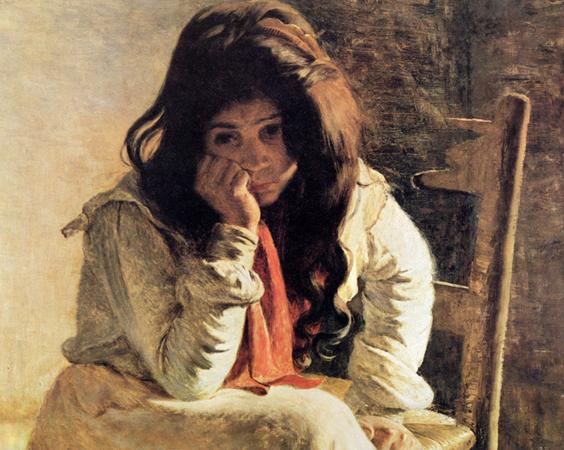 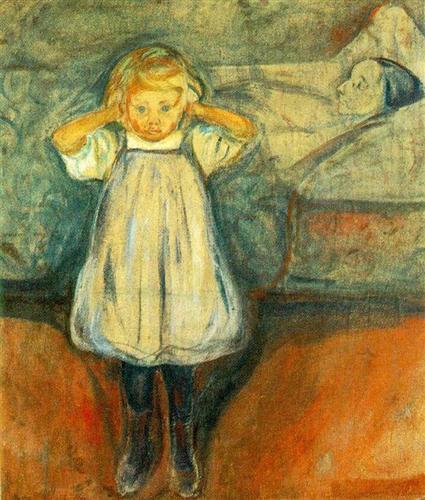 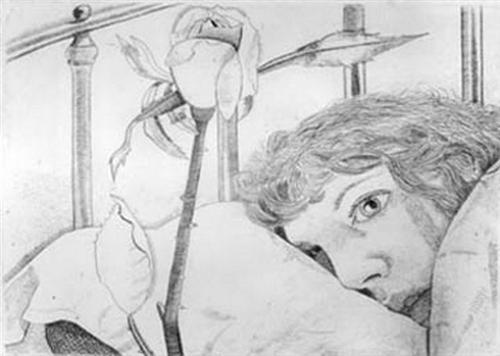 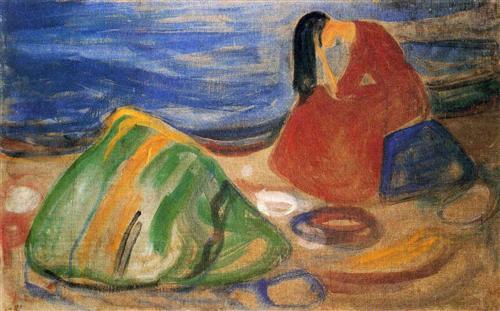 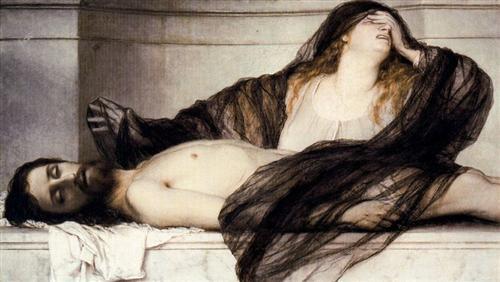 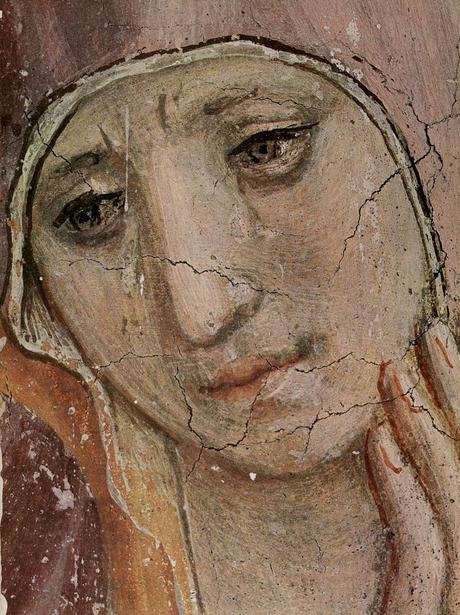 Niobe, in an agony of grief, which is in the marble tempered and idealized, tries to protect her youngest daughter from destruction. (Galleria degli Uffizi in Florence), Date between circa 400 and circa 300 B.C.  Wikimedia Commons

Fra Angelico, part of a fresco in the Dominican cloister, San Marco in Florenz, (The Mocking of Christ: The Virgin Mary grieving), date circa 1437-1446

This plaque is on the outside wall of All Saints Church Tooting in London, UK.

A tombstone inscription in Latin for the infant, Lucius Valerius.  Perhaps from the 2nd century CE.  It is from Rome and  seems to have been found around 1600 close to  Hadrian’s tomb.  Here is the Latin of the stone:

And here it is in English:

Behind the epitaph the size is three feet in each direction. This is a monument for the spirits of Lucius Valerius  who was snatched away by some unknown illness. He was born in the sixth hour of the night and he lived for 71 days.  He died in the sixth hour of the night. Whoever hurts him may the same happen to him and his relatives. The width [of this commemoratory plot] is two feet three each [whatever that means] and on the side two feet and three each  [whatever that means].