Little Lamb who made thee
Dost thou know who made thee
Gave thee life & bid thee feed.
By the stream & o'er the mead;
Gave thee clothing of delight,
Softest clothing wooly bright;
Gave thee such a tender voice,
Making all the vales rejoice!

Miserere mei, Deus (“Have mercy on me, O God”) (Gregorio Allegri). This setting of Psalm 51 was written for the Vatican in c.1638 by the Italian composer Gregorio Allegri; it has an interesting history in which Mozart is said to have played an important role. Allegri is largely now known only for this piece, but he composed a number of liturgical and non-liturgical works. This work is composed in melancholic key of g minor (2 flats, see Ave Maria above) and consists of alternating sections of polyphony in Renaissance style and plainsong (monophonic chant). At the end of phrases there are ornamentations (embellishments) evident throughout.  These are characteristic of the Baroque rather than the Renaissance era. Two choirs are involved, Choir 1 is in 5 parts (two sopranos, alto, tenor and bass) and Choir 2 is in 4 parts (2 sopranos, alto and bass). The soprano part in the second choir (originally intended for a castrato) has an extraordinarily moving  5 bar passage (from bar 25) that starts on a high G and ascends to a high C (one of the highest notes achievable), and then descends with ornamented finish to the high G. The award-wining Tenebrae (Latin for Shadows) Choir is another example (compare Erebus Ensemble in The Lamb above) of an accomplished modern a capella group; it was founded in 2001 in England, and here shows its extraordinary ability to express emotions with clarity and power. 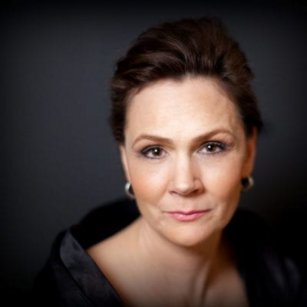 Ave Maria (“Hail Mary”). This is not the popular aria by Schubert so often used at funerals, but an aria that has become well known in its own right since it was first recorded in 1972. Interestingly its origins are controversial.  Whereas it is often attributed to Guilo Caccini (c.1550), an early Baroque composer from Italy, some argue it was written by Vladimir Vavilov (c.1970), an unknown twentieth century Russian composer. Regardless of its origins, this simple piece is of great beauty; it is written in g minor, a key its shares with the melancholic aria “Dido’s Lament” by Henry Purcell (to be added to this site later). The singer, Nina Solodovnikova, is a Russian lyric soprano who is a rising opera star.  Her interpretation emphasizes the pervasive melancholic feeling of the piece rather than diction.  It almost becomes a song without words. This is especially notable when she first enters, blending with the instruments and allowing the aria to emerge softly. Her voice displays warmth and has an extraordinary dynamic range, with superb control. The setting is a fourteenth century Roman Catholic church in Pesaro, Italy.

Urlicht (“Primal Light”) (Gustav Mahler) is the 4th movement of Symphony #2, “The Resurrection”). Mahler’s second symphony (premiered in 1895) is widely regarded as one of the great symphonies, and it marked the real start of Mahler’s career. Choral symphonies are relatively uncommon, an earlier work of this type being Beethoven’s Symphony #9 (another great symphony). “The Resurrection” Symphony is in c minor and is scored for a huge orchestra, a large choir and two soloists (a soprano and a contralto). Movement 4 marks the first entry of the contralto (whereas the soprano and chorus do not enter until the final movement). The song “Urlicht” represents the desire to unite with God in the afterlife, it reflects Mahler’s belief in the beauty of the resurrection and the afterlife, and is influenced by both Christian and Jewish traditions.  A striking feature of the movement is the brass interlude that follows the first words of the song  (“O Roschen Rot, Oh Red Rose”). The Swedish contralto in this recording, Anna Larsson, has a purity of tone and gives the piece a feeling of melancholy, yearning and hope.  The orchestra is the 170 strong Simon Bolivar Youth Orchestra of Venezuela. They are conducted by Gustavo Duhamel and are joined by the Youth Choir of Great Britain  The setting is the Royal Alberta Hall, London, during the  “Proms” season of 2011 (August 5).

In My Solitude (Billie Holiday). The jazz standard, In My Solitude, was written by Duke Ellington in 1934 (lyrics click here) and it is regarded as one of Billie Holliday’s signature songs. Billie Holliday (born in Harlem NYC in 1915), and also known as Lady Day, is regarded as one of the greatest of jazz singers, sharing this honor with her contemporaries such as Ella Fitzgerald (born 1917) and Sarah Vaughan (born 1924). Her life was depicted in the 1972 movie, Lady Sings the Blues, starring Diana Ross.  Billie Holiday experienced a difficult childhood, and later succumbed to alcohol and drug abuse.  These contributed to her early death at age 44 (in 1959). (Ella Fitzgerald died in 1996 and Sarah Vaughan in 1990.)  In this recording from 1946 Billie Holiday expresses the deeply melancholic lyrics with a unique and penetrating depth of feeling. Demonstrating that not all melancholic music is written in minor keys, In My Solitude was written in E-flat major (three flats), a key known for its flexibility of expression (compare symphony #22, The Philosopher, of Haydn to the 1812 Overture of Tchaikovsky). 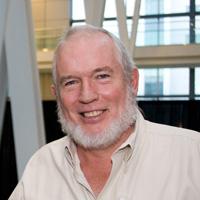 John Tavener: The Lamb – The Erebus Ensemble [live]
directed by Tom Williams from the Clifton International Festival of Music, October 2017, at Clifton Cathedral.

The Lamb.  This setting of William Blake’s poem The Lamb was written in 1982 by John Tavener, an English composer. Tavener (not to be confused with the Renaissance composer, John Taverner) composed many religious works and was strongly influenced by both Roman Catholic and Russian Orthodox traditions. The Lamb is for four-part unaccompanied choir and can be called a “anthem” i.e., it is suitable for church service. It is set in two repeated verses, the first verse has a twentieth century feeling and features some penetrating dissonances between the altos and sopranos. The second verse uses the same melody as the first, but it is in in four parts and seems to belong to the Renaissance. This verse is in the Aeolian mode that is a natural minor scale (modes are early scales that originated in Ancient Greece). The acapella (i.e., unaccompanied)  choir, The Erebus Ensemble, was formed in 2012, and exhibit here their talent for performing with a rich mesmerizing style with clear diction. This music was featured in the movie The Great Beauty that won the Best Foreign language film (director by Paolo Sorrentino) in the Oscar’s of 2013. This setting for The Lamb is a twentieth century Roman Catholic cathedral located in the Clifton area of Bristol, England